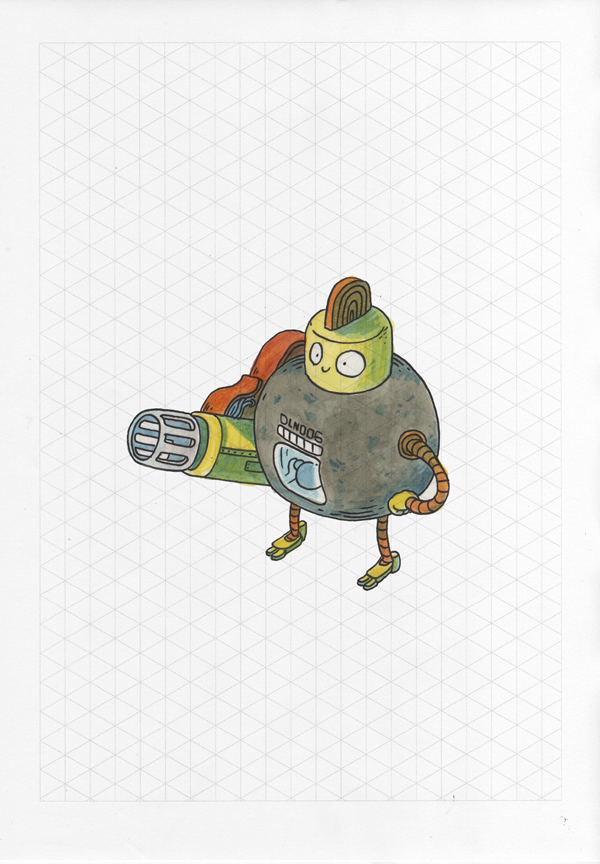 With this redesign I didn’t really change too much from the original, it’s more about gentle tweaks to bring him in line with the aesthetic of the other robots. I did however decide to give him a canon arm, which I thought made sense as he is a demolition robot. The front of his stomach has a clear panel that opens up and allows access to the explosives stored within his body. Those would be placed by his hand, rather than those that were used as projectiles through his canon.