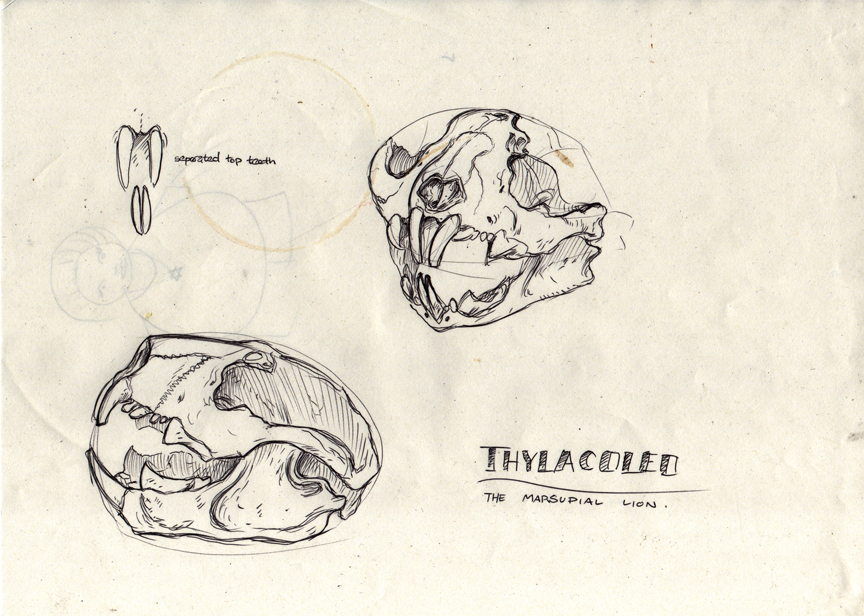 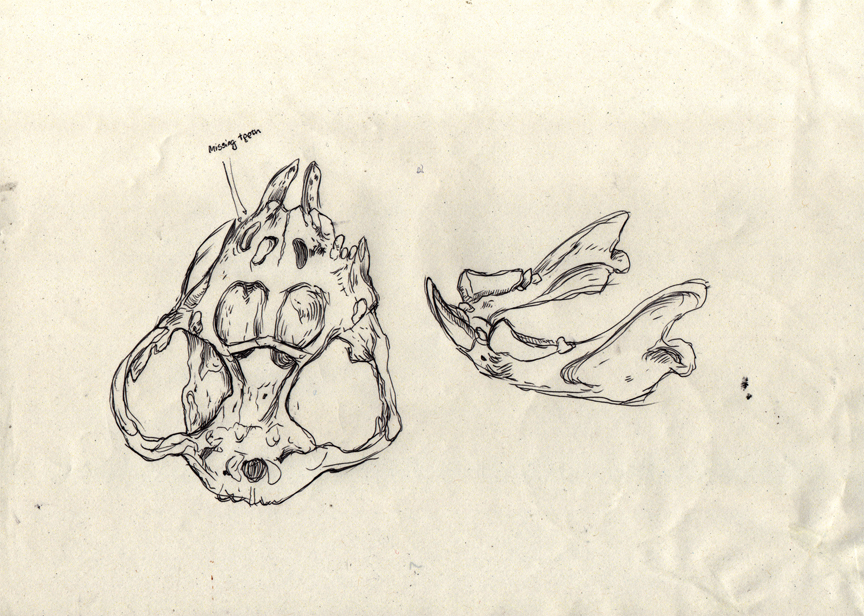 The Thylacoleo is commonly referred to as the “Marsupial Lion”. It was a about the size of a small lion and played an important predatory role in Australia’s prehistoric past.

They had amazing teeth, which I was keen to capture in my sketches as I found it kind of difficult to form a clear image of them from the photos and illustrations I had seen. The front four teeth are large, piercing rods about as long as a human finger. The bottom two seem to lock in between the top two when closed. Then there are a number of small nuggety teeth whose purpose seems unclear to me, maybe they weren’t really used and were in the process of being evolved out. Then there are the back teeth. They are like large secateurs, fat sharp blades that slide past each other. It’s a truly incredible you which you get a full appreciation of when sitting in front of it.

One common theory regarding the behaviour of the Thylacoleo is that it would hide in the tree tops and drop down to attack it’s prey. It would then deliver an initial bite that was so severe and would rend so much flesh from the victim that it would quickly bleed to death.

It’s unclear if these animals were encountered by the first peoples of Australia. One theory that I’ve encountered in a number of texts is that the first arrivals caused the mass extinction of Australia’s mega fauna both through hunting and environment change. When looking at the range of animals that overlapped with the first arrivals, Australia emerges in my mind as a terrifying nightmare of a land.
Various reptiles growing up to 7m in length, one of the largest flightless birds ever to exist, carnivorous kangaroos (again, huge) 10m snakes. Not to mention all the spiders, scorpions and other creepy crawlies.

Anyway, it’s all pretty rich material for the over-active imagination.