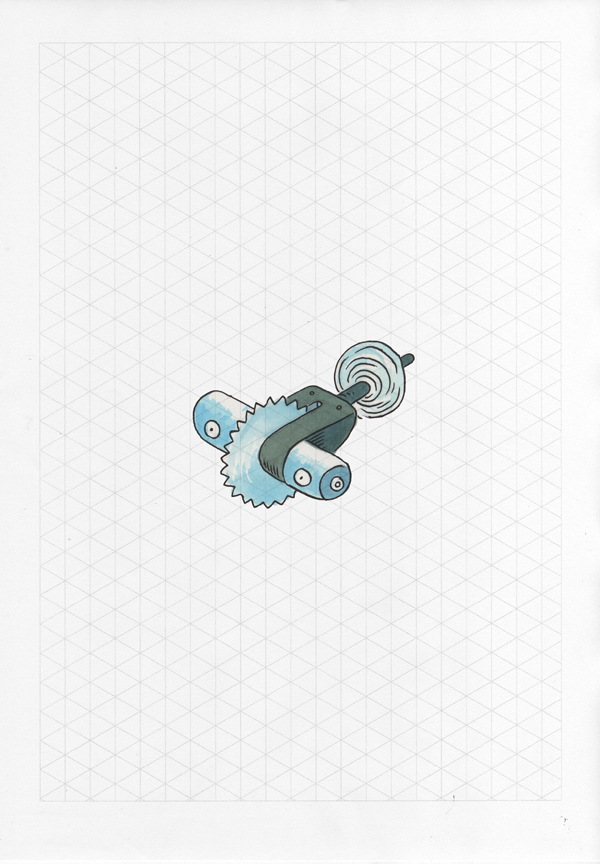 I thought this robot would be better as a circular saw, to be used in felling trees. Apparently that’s what the original Cut Man was supposed to be in charge of, so his little robot minions should be as well.
Plus, it needed a much cuter face.

I decided that propellers would be the primary form of aerial propulsion. They are featured on and off in the original series and think they add a bit of fun.