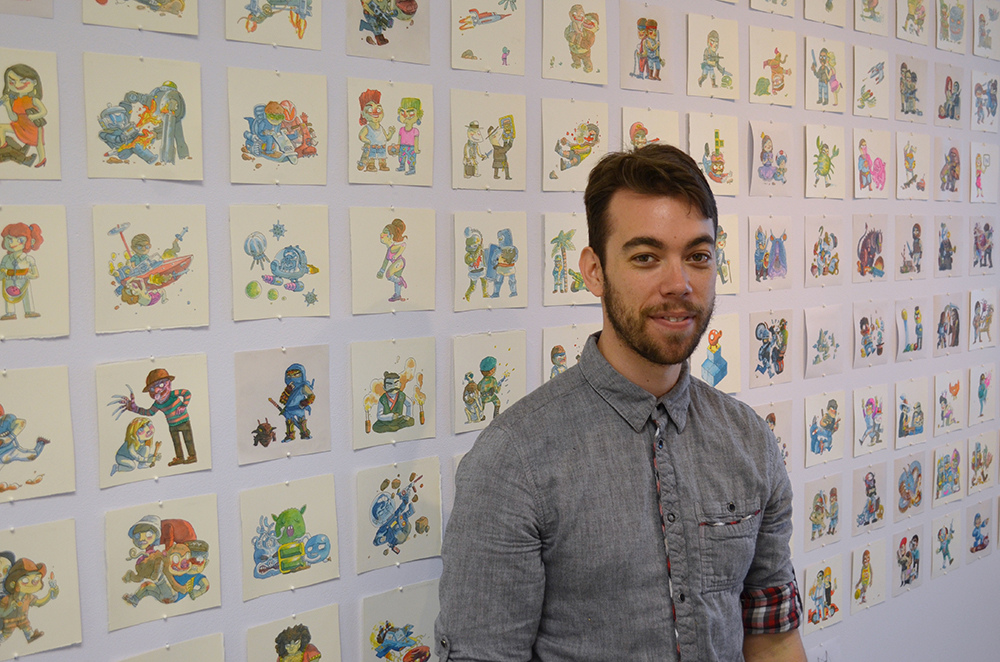 Campbell Whyte was born in Perth and has lived here for most of his life. He works predominantly in comics and illustration using a mixture of traditional media such as inks and watercolour that are then combined with digital elements.

His graphic novel series, Home Time is a distinctly Australian fantasy series set in Perth that has been met with critical acclaim.

When not making comics, he teaches comics making at the children’s art school, Milktooth, that is run by himself and Elizabeth Marruffo.

He can be contacted at campbellwhyte@gmail.com